Blurring the line between notebooks and laptops even more is the new MSI Turion X2 Notebook (aka MSI GX733 Notebook) aimed directly at gamers and (illegal) movie fans. A gaming notebook seems like a contradiction in terms but MSI

have pulled this off pretty well.

The MSI GX733 is an AMD based notebook and packs a 17-inch screen, Dolby 5.1 Theatre class sound with built-in sub-woofer, and MSI’s ECO Engine that allows the user to switch between five different power modes. Clearly for gamers with a conscious.

Pricing and availability of the MSI Turion X2 Notebook (MSI GX733 Notebook) are as yet unannounced. 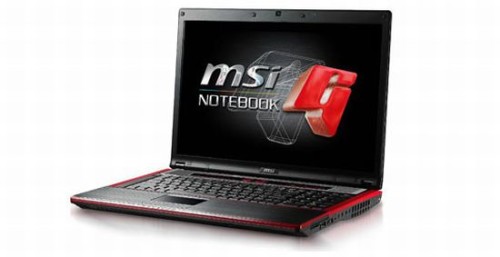