As I’ve said before, we don’t do cutesy but sometimes (just sometimes mind) we find something that has no real purpose but looks pretty cool in a cute, Star Wars sort of way…ahem.

The Mighty Muggs Storm Trooper is one such item and at 6″ tall, enlarged head and tummy and made from vinyl, the Star Wars Storm Trooper has never been so cuddly. It even comes with a little blaster that just makes you say awww…

The Mighty Muggs Storm Trooper looks set to become a collector’s item amongst hard core Star Wars fans of the future so pick one up now for under £10 from The Gadgetshop.com 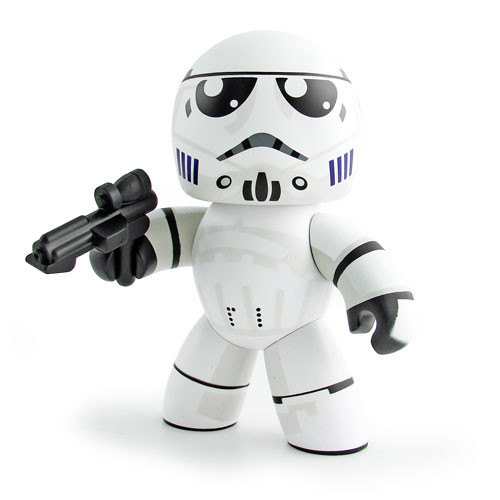 The xDream – Dreaming Of A Microsoft Miracle

Wooden iPod Dock – What, No Oak?