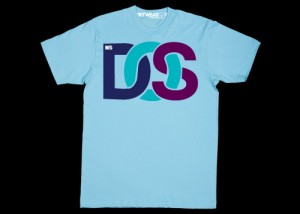 Everybody wants a clothing line but when Microsoft starts a clothing line, you know it has less to do with making a few extra bucks than it has to do with keeping the re-branding of PC’s as cool going (I’m a PC – what?). The Softwear (what a pun, yawn) clothing line by Microsoft aims to cash in on the love of all things retro by bringing Microsoft’s early 80’s image to the forefront and with designs contributed by Chicago rapper Common, Microsoft’s search for cool points goes on.

As far as the designs go, the Softwear T’s are not so spectacular or ground-breaking but, on the other hand, they ain’t so bad either. The DOS T-shirt, using fonts from Microsoft’s earliest OS, looks quite good IMHO and if they release a few variations on the colors, Microsoft Softwear brand may just stand a chance of taking off (especially if they get a few more of their celebrity ‘friends’ to promote them – look out for the next slew of adverts shortly).

Available from December 15th, the Microsoft Softwear clothing line will be available from a few selected outfitters. I’m guessing that will probably be in places they know it will sell well, claim it’s a roaring success then hike the prices up 50%. Gotta love Microsoft dollar dollar mentality.

As cool as the Microsoft DOS t-shirt could be, it still cannot trump the GadgetHeat T-shirt of the year – the Gremlins T-Shirt 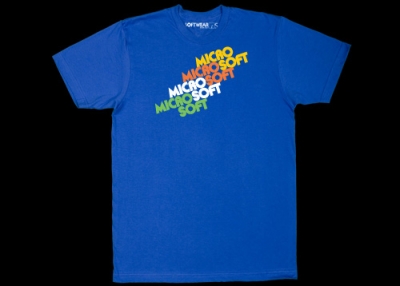