Ever felt like having light beam from your fingers? Your superhero dreams can now be fulfilled with this concept white LED Light Glove torch .

Slip the white LED light glove on your wrist and you’ll feel like Spiderman. It even has an attached battery back around the wrist so you can keep annoying people on hours on end with your magic finger…. 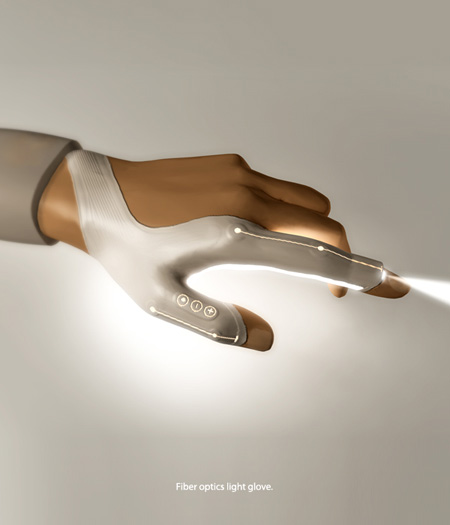 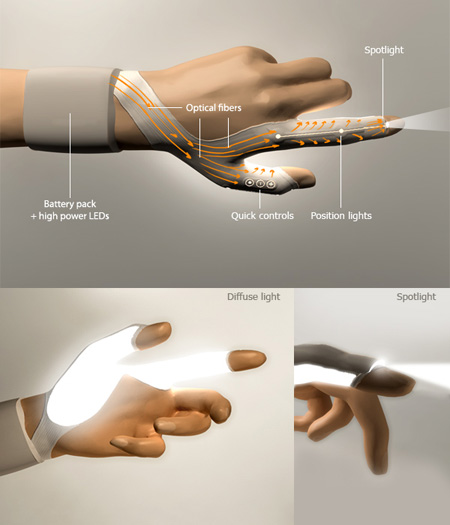