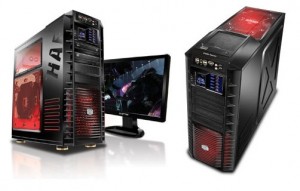 It’s nice of IBuyPower to try and bring out another series of budget gaming rigs but in the current economy, is $999 to $1439 really cheap? Their two new machines, the Gamer HAF 91B and Gamer Fire pack some interesting specs but we’re still not quite sure that you would be getting your money’s worth.

Both machines are built upon AMD’s Dragon platform and Phenom II CPU. The IBuyPower Gamer HAF 91B comes with a Phenom II X4 920 processor, 4GB of DDR2 RAM, a 500GB SATA II hard drive, a dual-layer DVD writer, ATI’s 512MB Radeon HD 4850 graphics card, a CoolerMaster HAS 932 case and a 550-watt power supply. All this for a $999 gaming rig

The IBuyPower Gamer Fire, at $1439, is packed with the slightly more powerful Phenom II X4 940 CPU, 250GB of extra HDD space (750GB), an LG GGC-H20L Blu-ray drive and an NZXT Guardian 921 chassis. If you look at the specs of both machines closely, you can see where the savings have been made (DDR2 rather than DDR3 for example and only 500GB – 750GB of HDD space rather than 1TB or SSD options) and for the same money, we daresay that you would be able to purchase gaming rigs with slightly more oomph than the two iBuyPower are offering.

The IBuyPower Gamer HAF 91B and Gamer Fire machines are available now. 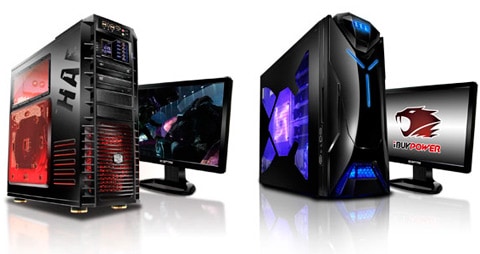