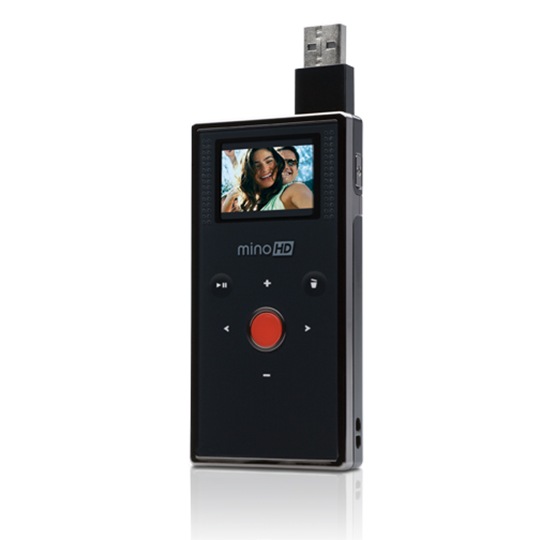 The standard Flip Mino was a huge, nay, massive hit and as with all good things a sequel has been made with the Flip MinoHD, able to record at 1280 x 720 resolution. Although methinks they should have gone the whole hog and upped resolution to 1280 x 1080, HD camcording is still worth shouting (and blogging) about.

The Flip MinoHD comes with 4GB of available memory and comes with an updated version of the Flip software. Functionality wise this is much the same as the original Flip Mino so the the $229.99 retail price is mainly for the HD and extra memory.

or the usual suspects such as Amazon and the like, the Flip MinoHD is out now but, if when compared to the cheaper Kodak zi6

, it’s a toss up as to which gives you more handheld high definition camcording goodness for your money….