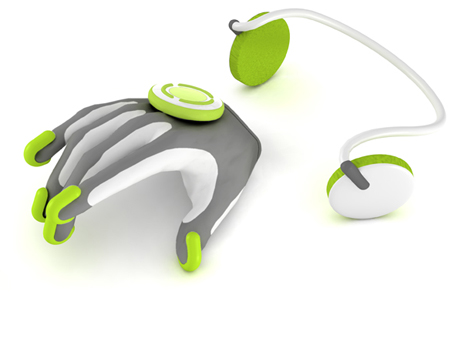 The Finger Tap concept glove by Petr Hampl allows users to create their own beat by tapping the gloves on a surface then having it wireless transmitted to the associated headphones and saved for later use. It’s like having a musical notepad for DJ’s, producers and the like.

Just say, for example, you are waiting for a bus (or your limo ^^) and a really catchy rift enters your head. Just start tapping away with the Finger Tap glove and you’ll have a usable beat in no time.

The recorder attached to the back of the glove records your tunes as you tap away. Petr Hampl’s Finger Tap will give a new meaning to the term producers with a ‘Midas touch’.

Peter should consider coining the term ‘Beats By Petr Hampl‘ (Dr. Dre better watch his back). 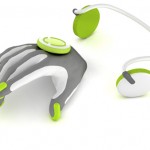 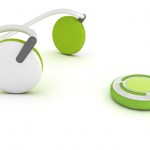 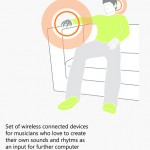