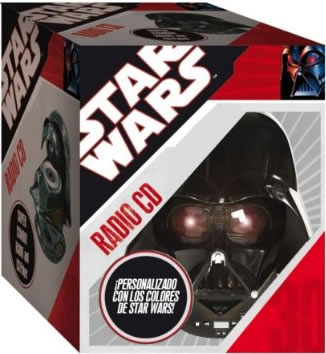 Tech wise the Darth Vader Radio and CD Player is quite basic. Just a simple AM/FM radio with an inbuilt CD player, nothing special apart from the fact that its all lodged insider bad-old Vaders brain. You can also hook up your MP3 player to a jack hidden somewhere on Darth Vaders dome.

The coolest aspect is the way Vaders eyes light up when a CD is inserted. You can see the disc spinning throw the glowing red bulbs.

for 60 EUROS ($88). If you like cheesy movie-memrobila in general, you should also check out the Terminator Exoskeleton Skull DVD player

and put it next to Darth to see who’s scarier…. 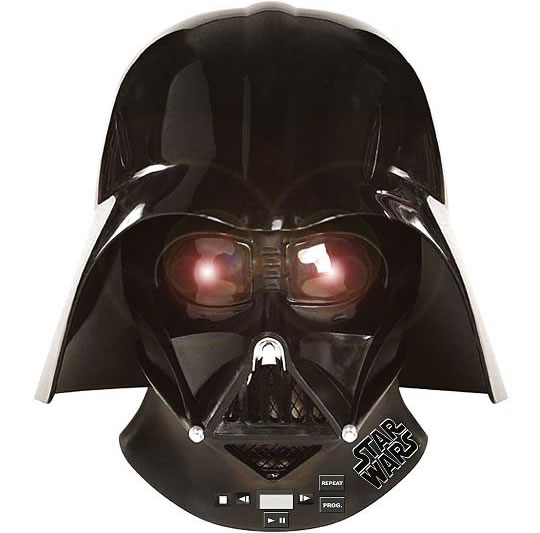