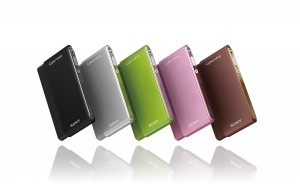 This pair of point-and-shoot digicams both come equipped with Carl Zeiss lenses (he gets everywhere!) and 10 megapixel sensors.

The SONY DSC-T77 is SONY’s slimmest Cyber-Shot digital camera model to date, sliding under the door gaps at a shade under 5/8 of an inch. It also comes with a generous 3-inch touch-screen and has a range of features including up to 3,200 ISO and in-camera image management.

Its companion model, the SONY Cyber-Shot DSC-T700, has all of the above plus an addition 4GB of built in storage and a 3.5-inch touch screen (we all know at GadgetHeat that all those half inches add up ^^).

The campaign tag-line of having a ‘photo album in your pocket’ may be a tad cheesy but the Cyber-Shot T700 does come with a Picture Motion Browser application allowing you to “downsize images from full-resolution to VGA and export them back to the camera’s internal photo album.” 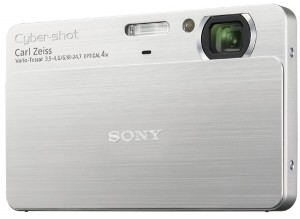 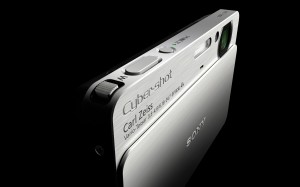 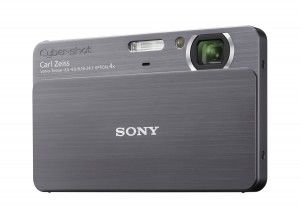 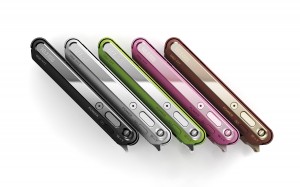