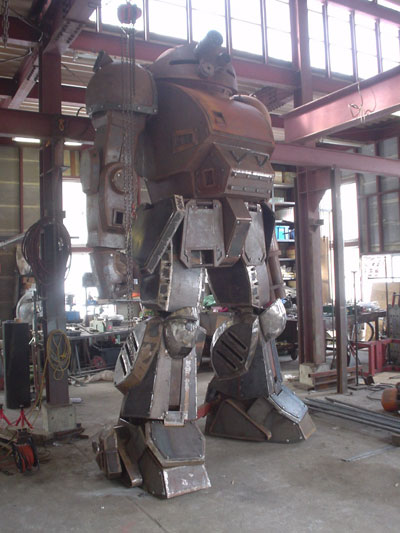 If you’ve never heard of cosplay it’s a Japanese phenomenon where people dress up as their favourite computer game or manga / anime character and people take it it very very serious indeedy. As an example of just how serious, check out these pictures of this full sized VOTOM (Vertical One-man Tank for Offence & ManeuverS) battle suit being built by this ambitious fella in Japan.
.
VOTOM was a popular Japanese anime series in the 80’s by Ryosuke Takahashi and Sunrise and the guy designing this suit must have had a serious bout of nostalgia. The full sized VOTOM battle suit is made entirely out of iron plate and considering the low tech nature of the original VOTOM series, is pretty true to life (well, assuming he has a machine-gun to attach after he finishes the thing off).
.
When he finishes the full sized VOTOM we’ll bring you more pictures but what we really want to see is if he can actually use the damn thing once he’s done. If he can, GadgetHeat gets the feeling tat the Japanese army would be showing some keen interest especially as the US army are already well on the way to building their own wearable suit of armour 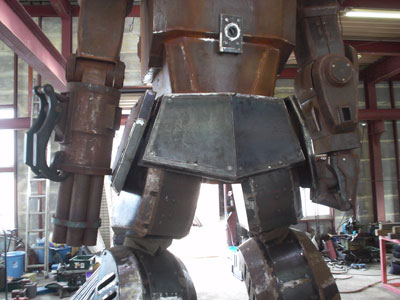 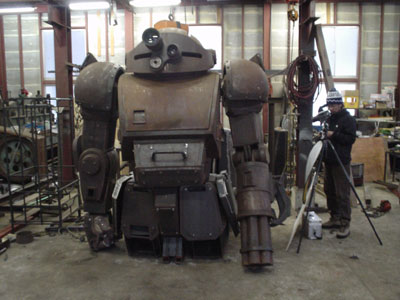 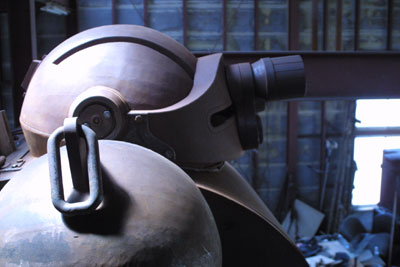