would be the GPS gadget of the year (we know, we know, it’s only June!) but it looks like we may be proved wrong (again) with the release of the CDT GPS PMP (all those letters and not one word).

The CDT GPS PMP (Portable Media Player) comes integrated with a media player and 3” touch screen LCD. The beast bit about it is that you get all this integrated goodness for just $102 which is pretty tasty for a standalone GPS never mind one that plays a very wide range of audio and video formats to boot.

The style of the CDT GPS PMP is also pretty sleek so it looks like the Knight Rider GPS has some competition. KITT is going to get bitchy… 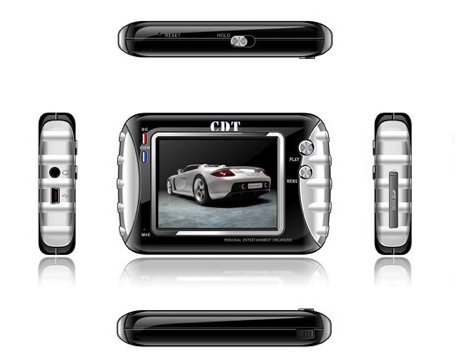 Cardboard Bike For $30. Lance, Eat Your Heart Out

Princess Leia? Can you Hear Me