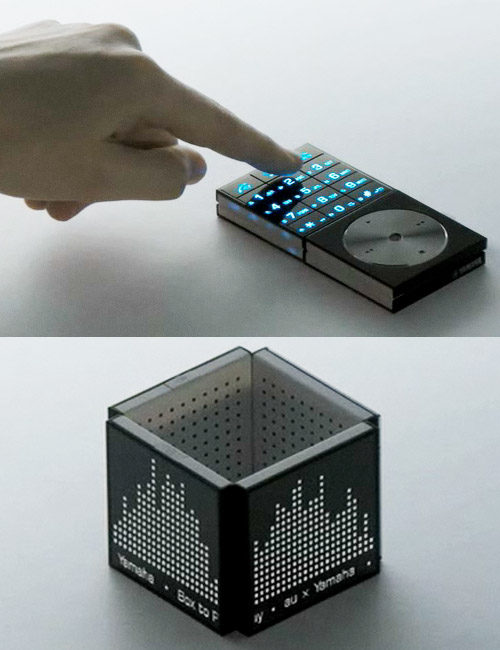 Designers can go crazy with concepts, after all, it’s just a concept, but the Box To Play cell phone by Japanese outfit KDDI AU is not so much crazy as crazy cool.

The cell phone concept transforms at the touch of a button into a music box speaker that pumps your tunes whilst displaying a graphic interface, much like the graphics you see on an equalizer display.

The Box To Play comes with all the usual features of a cell phone plus additional touches such as a turntable (yes folks, a mini-turntable on your cell phone) that allows you to scratch your tunes as you play.

Whether the KDDI AU ‘s Box To Play concept phone is too far fetched to become a reality who knows, but after all the concept phones GadgetHeat has seen from the Siemens Leaf

to the cell phone projector

, one of then has to make it eventually, don’t they?