Round pegs for square holes never works but Art Lebedev’s Navigarius GPS comes in a fetchingly round design that would make any dashboard a more fashionable backdrop (well, we say any

Yes folks this round bag of goodness hasn’t yet hit production and we’re not sure if Art Lebedev’s Navigarius GPS ever will so at the moment we just have to salivate over what could have been (or may yet still be if someone picks this up). The strange thing is, we’re just trying to work out that if Art Lebedev’s Navigarius GPS had been seen in a 99-cent store or the like, would we still think it was as cool? 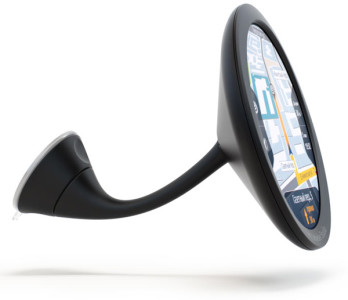