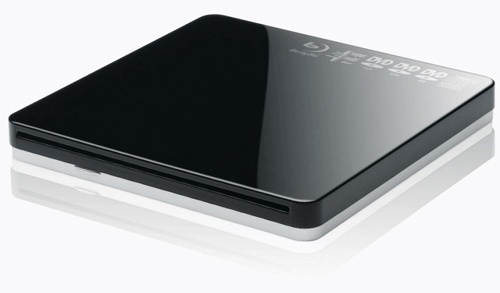 Amex Digital have released their awaited Blu-ray burner for Macs. Ever since Blu-ray won the war, manufacturers have been tripping over themselves in the race to make sure that everything they churn out is Blu-ray compatible.

Everybody, except Apple who have been uncharacteristically slow on the uptake. Maybe all those millions they are earning from the iPods

are keeping them occupied…

Thankfully Amex Digital haven’t been snoozing and with the release of their Blu-ray burner For Macs, Macintosh owners can step their game up to the next level. If you own any kind of MacBook or even a Mac with a USB port you can make use of Amex’s new Blu-ray portable device to watch and burn Blu-ray DVD‘s.

Burn Blu-Ray at 1x to 2x speed (single and dual layer) and standard DVD’s at 4x to 8x speeds, depending on technical specs. Prices for the Amex Digital Blu-ray burner for Macs start from a reasonable (if you are into watching movies on your laptop) $289.

Icono – The Rebirth of The Home Phone