Kitsch movie spin-off merchandise is usually quite cack and this Terminator Skull DVD Player is borderline at the best. However, I do have to admit that my first thought was tat the Skull itself looks pretty cool even if that fixed grin looks like a set of cheap dentures….

The Terminator Skull DVD Player is modelled on the Endoskeleton Skull from The Terminator and T2 and I have to say, it’s pretty damn shiny. Not much else is known about it except that if you flip a switch, the frontal lobe opens up to reveal the DVD player.

One good thing about it is that the glaring red eyes should put of any wimps from removing your Horror DVD from the Terminator Skull DVD Player and replacing it with something cack like 27 Dresses…. 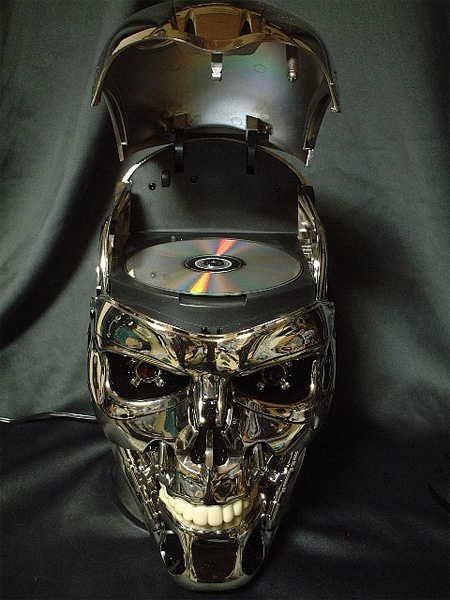 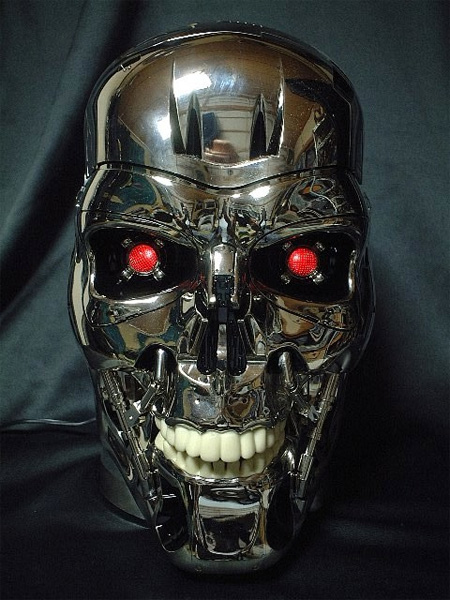