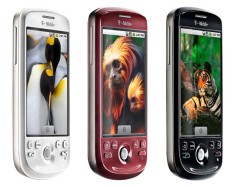 Available in three flavours (black, white, or “merlot”), the T-Mobile myTouch is basically a carrier-customized version of the HTC Magic

. We have yet to see the exact differences between the HTC version and T-Mobile version but we do know that the myTouch will be compatible with T-Mobile’s 3G networks and quadband EDGE for global roaming, WiFi, a 3.2 megapixel camera, Exchange support, and Android 1.5.

Expect to see the T-Mobile myTouch hit the shelves come July for around $199 with a 2 year contract. Current T-Mobile customers can place their pre-orders for the myTouch on July 8th. Specs below. 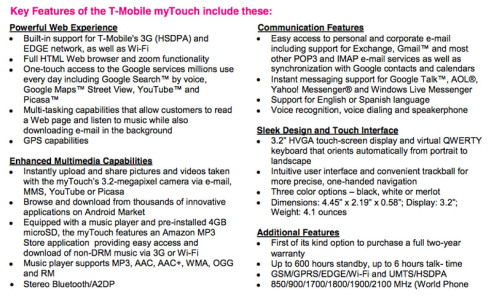