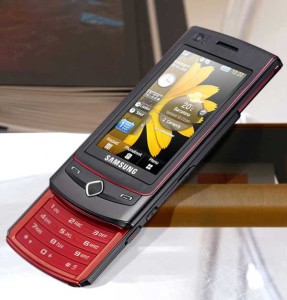 Touchscreen handsets are becoming passée but that didn’t stop Samsung

releasing the Ultra Touch S8300, their new touchscreen slider with an impressive 8-megapixel camera. Why Samsung chose to announce it now rather than at the World Mobile Conference in a few days, we don’t know.

The Samsung Ultra Touch S8300 handset features a smaller than expected (considering it’s ‘ultra touch’ and all) 2.8 inch WQVGA AMOLED touchscreen, Bluetooth, aGPS, 80MB of internal memory with support for up to 16GB via microSDHC. A host of media formats are also supported including DivX and WMV9.

Compatible with 3G as well as HSDPA, UMTS, EDGE/GPRS networks we will no doubt be seeing the Samsung Ultra Touch S8300 handset worldwide. No official dates or prices have yet been announced.

We’ve just caught a glimps of the impressive Samsung TouchWiz User Interface . Check it out below: 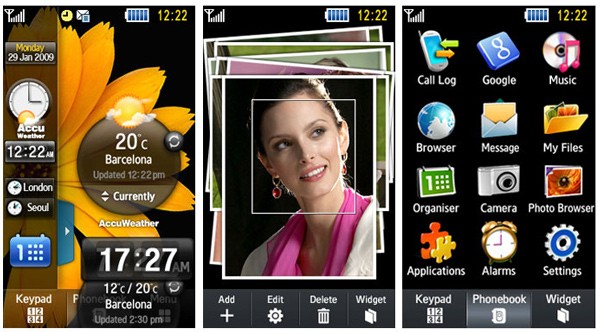