The SONY NWDB105BC is as diddy as it gets when talking about min MP3 players (well not as diddy as the iPod Shuffle obviously ^^). The best thing about the NWDB105BC is the plug-n-play functionality. There is absolutely no need for any additional software to use the MP3 player.
.
Size wise the capacity of the NWDB105BC stands at 2GB allowing you to store up to 1300 tunes. Not as much as the SONY NWZA829 which weighs in at 16GB but still handy for your daily needs, especially for jogging and the like.
.
There are quite a few alternatives to the NWDB105BC that you may want to consider before you buy it. Other MP3 Players include the Creative, Zune and of course, the iPod Nano which now comes with video (which the SONY NWDB105BC does not).
.
As we mentioned before, the size and style of the NWDB105BC is its charm and it’s pretty nifty and sleek to look so in the Mp3 fashion stakes, it’s a winner. 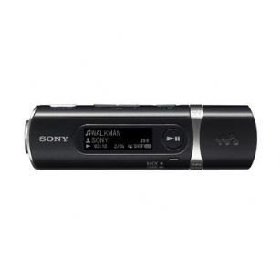 Garmin Nüvi 350 VS The World (aka TomTom)