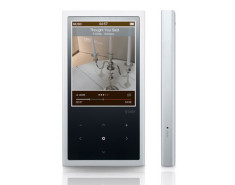 Another poorley held secrect, the iRiver E200, has been officially unveiled by the Korean outfit. The OLED based PMP definitely looks the part (i.e. sexy) but does the iRiver E200 bring anything new to the PMP game? We’re not convinced.

Onto the nitty-gritty and the iRiver E200 will come with a 2.8-inch OLED screen, be available in 4GB, 8GB and 16GB varieties with additional space available through MicroDS and support FM radio, FLAC, RMVB and Xvid. The iRiver E200 also comes in an array of colors for those of you who want to be individual.

Sadly (and as usual), no pricing or release date has been announced for the iRiver E200 so you’ll have to be content in the knowledge that it is real and it will be released, someday. 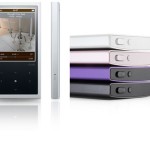 WALL-E USB Thumb Drive « Too Cute For You