Knowing how a car thief thinks and what they look for can help you stay one step ahead and keep your car from getting stolen. Here are some things that car thieves look for when they’re picking their next victim. 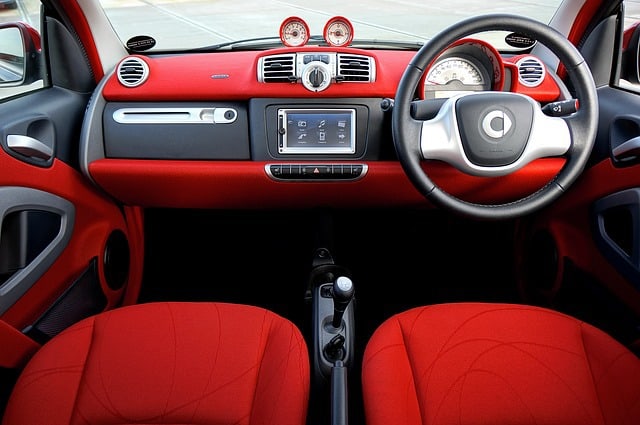 Letting your car “warm up” with you not in it is an easy invitation for a car thief. You’ve basically just helped them not only locate an easy target, but you’ve literally started it for them so they can get away even faster. If you’re really into the idea of warming up your vehicle before you get to it, look into a remote starter system so you can start your car but keep your doors locked until you’re actually at the door and ready to get inside.

Even just a small crack is enough for a good thief to get inside. If a thief can get his fingers inside, he can rock the window back and forth enough to get it off its tracks and lower it to get inside. Some skinny tools can also be stuck down into the window opening to pop the lock on older model cars. If you’re worried about hot temperatures in your car when you get back out to it on a hot summer day, just think about how much better the heat will feel versus coming out to your car stolen.

Leaving Spare Keys in Car (Even When Locked In)

Leaving spare keys in your car can turn a random car prowler into a car thief. Someone may smash out your windows and look for anything of value, and when they find that spare key they’re probably going to steal your car without having planned on it.

If for some reason you must leave a spare set of keys in your car, just make sure you don’t leave valuable things in plain sight in your car to at least somewhat deter a break-in that may lead to a car theft.

Be aware that your valet key

may also be accessible to a thief who breaks into your vehicle.

This isn’t just a good rule of thumb for keeping your car safe. It can also keep you safe. Look for well-lit, busier areas to park your car. Noise, neighbors and light will all help keep your car safe, and you safe as you come and go. Avoid those dark, remote parking spots that are perfect for thieves to do their work unnoticed.

While any car can fall victim to a car thief – even a junker that may be stolen and sold for scrap metal – there are a few notorious makes and models that are always at the top of the list of most commonly stolen vehicles. Honda Civics and Honda Accords

are the most commonly stolen vehicles

on each of the coasts and into the mid-west. The central states’ car thieves seem to favor Ford and Chevy pickups. Avoid a theft of these vehicles or any others by taking these precautions, and by installing some type of security system.