Creative have introduced their new Zen X-Fi media player to the world and GadgetHeat wonders if this signals the repositioning of the Creative Zune Mp3 player into second place. The feature we are most interested in the wireless lan (wifi) that the Zen X-Fi boast.
.
Everything should have WiFi and be USB 2.0 compatible as far as GadgetHeat is concerned and the Creative X-Fi ticks at least one of those boxes. The only draw back is that this wireless feature is only available on the 16GB and 32GB version leaving the 8GB X-Fi looking even more like the ‘entry level’ model….
.
The Zen X-Fi comes with an FM radio tuner and supports all the usual media formats you would expect (including WMV, WMA, MPEG-4, AAC and SP/Xvid) and a formats you wouldn’t expect such as motion-Jpeg video. The Creative Zen X-Fi is out now worldwide so give it a few months and we’ll see if the Zune or SONY’s NWZA820

series have anything to worry about. We also like and did a review of the SONY NWDB105BC

, a rather powerful contender in the pocket MP3 player stakes. 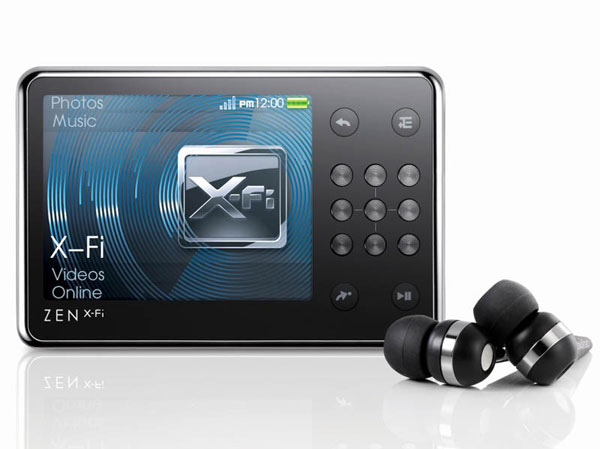 Tech Chair For The Beach