It’s a testament to the movie Aliens that it can still produce successful spin-off merchandise years after it was released, and not be seen as cheesy (Terminator DVD player

take note). The Aliens Chess Set pits players against each other as either Aliens V. Predators or Aliens V. Ripley and crew, in this artful chess game.

The Aliens V. Ripley chess set comes with a double themed board. The Alien themed side of the board is particularly intricately styled with the board being taken over by the Alien brood. Eileen Ripley’s side looks like the metal floor of the spaceship they are travelling in.

The Alien V. Predator chess board is themed after the predator temple with predator statues on each corner. Both chess boards look great and the attention to detail is amazing. Where can you get your hands on one? Well you could have tried via Toymania

If you want more Alien goodies, check out this friendly place to place your coffee mug, the Alien Table 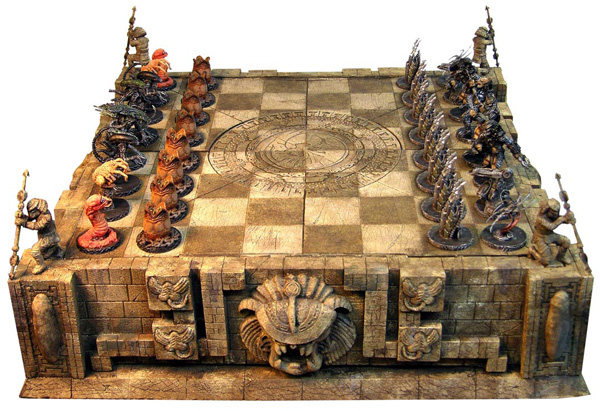 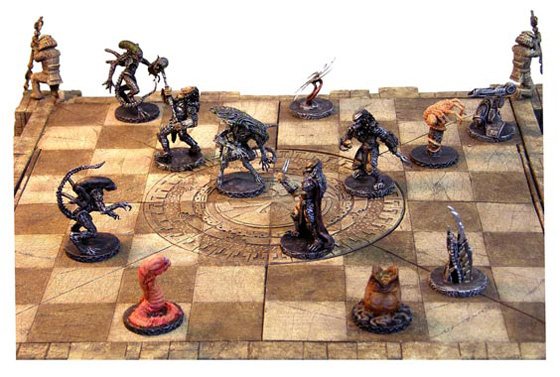 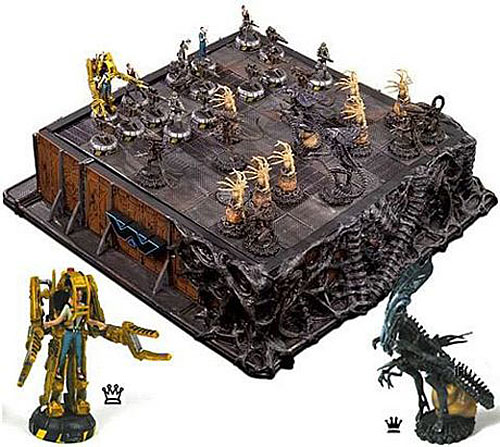 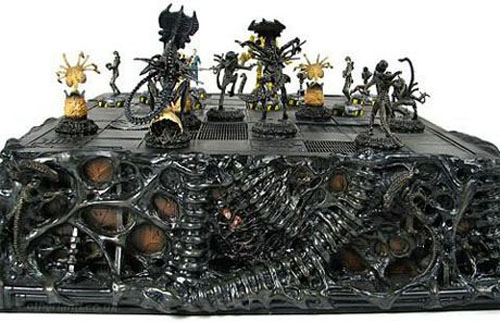